Analysis for the human papillomavirus in women and men: how to take, decoding 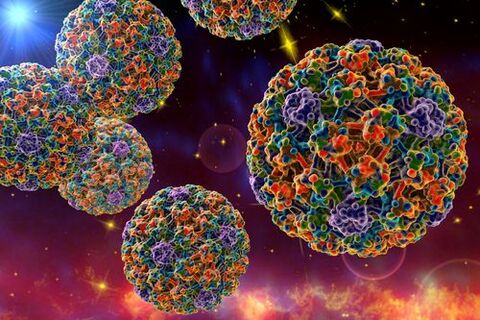 HPV is considered as a predisposing factor for cervical cancer, as well as a provocateur of other types of cancer: penis, oropharynx, rectum. The annual global incidence of about 1. 5 million.

The overall prevalence of human papillomavirus in the general population is 10% among women and 20% among men.

HPV infection is more common in sexually active young women and men between the ages of 16 and 25.

For heterosexual men and women, this risk is 20%.

The most significant predictor of HPV infection in men or women is the number of sexual partners.

About 189 HPV genotypes are classified according to their biological niche and oncogenic potential. Of these, about 40 can affect the urogenital tract.

Recently, vaccination against HPV infection has been gaining popularity, but, according to experts, vaccination does not exempt from regular visits to the doctor. There is evidence that the effect weakens after 15-20 years, in addition, it is worth considering the role of other unexplored genotypes of the virus, on which there is no effect of the vaccine.

Note that the diagnosis can be suspected by visual examination, during which the localization of the lesions and the clinical manifestations of human papillomavirus infection are determined.

There are many ways to diagnose HPV:

Currently, cervical cancer screening and early detection of infection are recognized as the most effective measures for the control of cervical cancer.

Previously used screenings for women are cytology and histology, but due to their low specificity, repeated examination is necessary after a short period of time. PCR diagnostics with a negative result can reduce the frequency of examinations at the gynecologist (1 time / 5-6 years).

It should be noted that the qualitative definition of HPV is not very informative, since it only allows confirming the infection, therefore, to resolve the issue of the need for therapy in both men and women with clinical manifestations, it is better to perform the HPV-Digene test, which will reveal the concentration of the virus.

When performing the polymerase chain reaction, type and species-specific primers are used, which quantify the risk of malignancy (malignancy). Determining viral load is the main purpose of these tests.

If the level of HPV DNA is higher than 5000 genomes - the likelihood of developing cancer is high, therapy aimed at suppressing the activity of HPV is indicated. Less than 3000 genomes - low risk.

PCR diagnostics can detect all oncogenic types of viruses in men and women.

In addition to testing for HPV, it is mandatory to carry out diagnostics for STDs, HIV, these diseases are considered as cofactors of human papillomavirus infection.

Since the relationship between HPV and cancer of the cervix, penile and rectal cancer has been proven, molecular methods for the detection of HPV DNA in biomaterial are justified. Use the following:

Italian scientists conducted a study that demonstrated that PCR diagnostics (88-100%) is more effective than cytology (34-86%) for the prevention of invasive cervical cancer.

In most people, human papillomavirus infection resolves itself without the use of drugs. But in women over 30 years of age, HPV is rarely eliminated spontaneously, therefore, within the framework of cancer vigilance, a regular examination is recommended, which in the Russian Federation, according to the current orders, is performed once a year.

In some foreign countries, if the result of the PCR analysis for papillomavirus and cytology when examining a woman is negative, the interval for passing the examination is 1 time in 3 years, in the case of negative cytology, but positive results of polymerase chain reaction for HPV of highly oncogenic types, an annual examination is carried out withcolposcopy.

Men are annually examined by a urologist, with formations suspected of papillomavirus infection, a consultation with a dermatovenerologist is justified.

According to indications, especially if there is a suspicion of degeneration into a malignant tumor, it is possible to perform a biopsy.

Colposcopy is the most accessible diagnostic method for women, the results of which make it possible to draw conclusions about the need to continue examinations.

Studies have shown that 99-100% of cervical cancers are associated with highly oncogenic types of human papillomavirus.

During extended colposcopy, the cervix is treated with a solution or acetic acid, when interacting with which, the following appears:

After staining with a solution, the modified area against the background of HPV takes the form of "semolina".

In a cytological study, the leading signs of infection are the presence of cells with koilocytosis and dyskeratosis, which is evidence in favor of CIN.

The material is taken with a special brush. In women - scraping from a suspicious area of the cervix, in men - from the urethra, determine the type, number and change of mucosal cells.

Pap smear - a non-invasive study used in gynecological practice, allows you to diagnose cancer of the cervix and endometrium in the early stages, before the development of clinical manifestations. The goal is to detect atypical cells suspicious of a tumor process. In the standard Pap test, the material obtained with the cytobrush is stained and examined under a microscope.

A screening study for the detection of cancer was developed in 1940 by G. Papanikolaou, verifies exfoliated cells that are suspicious of cancer or precancer.

Liquid cytology analysis is a type of Pap test, a more modern and effective method for diagnosing HPV. When conducting a study, the biomaterial is placed not on a glass slide, but in a special liquid preservative.

A targeted biopsy of the cervix and curettage of the mucous membrane of the cervical canal with subsequent histological examination are performed when:

In men, it is possible to perform a biopsy in case of neoplasms suspected of HPV. If warts are located deep in the urethra, biopsy material is taken during urethroscopy.

Histology for HPV is a diagnostic method in which specially treated papilloma tissue is examined under a microscope. The study is 100% informative for confirming malignancy.

Several options have been proposed for controlling human papillomavirus infection. In the first case, a cytological study is used, in the second, using PCR diagnostics, it is determined whether HPV is transient. For this, a PCR analysis is prescribed again after 6 months.

Who needs to be tested for HPV

Qualitative tests are more often used for mass examinations for the purpose of prevention, quantitative ones are prescribed when a clinical picture appears suspicious of HPV infection.

In addition, the indications for testing for HPV are as follows:

Women of reproductive age are recommended to be tested for HPV once every 3-5 years.

What kind of diagnostics is required - the doctor will tell you.

Examination of men for HPV is justified only with clinical manifestations, sometimes diagnostics are carried out with a burdened obstetric and gynecological history of the partner.