Removal of papillomas with a laser

According to the World Health Organization, every fifth person in the world is a carrier of the papillomavirus (HPV), which has more than 100 strains. Small formations on the skin or mucous membranes, or papillomas, are benign tumors. 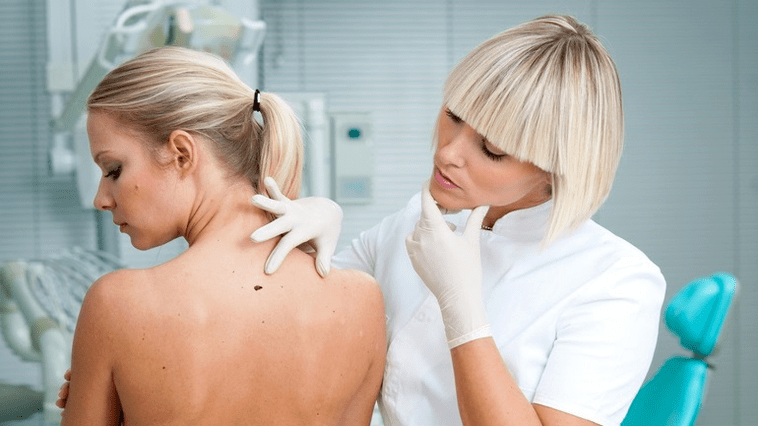 There are several types of skin growths:

Infection with papillomavirus occurs through contact with an infected person. First of all, abrasions, cuts, and scratches on the skin are infected. HPV is activated with a decrease in immunity.

Since the risk of papilloma degeneration into malignant neoplasms is high, doctors recommend removing skin growths. The most common, painless and safest method is laser removal of papillomas. This procedure is available in many medical centers and clinics in our country.

The peculiarity of the papillomavirus is that multiple neoplasms appear on the skin (most often on the neck, face, hands, in the décolleté). Most carriers of HPV, in this regard, experience psychological discomfort, therefore, the growths are removed for aesthetic reasons.

However, there are a number of reasons when doctors advise getting rid of skin growths. It is shown to remove papillomas in the following cases:

It is advisable to remove papillomas if they are exposed to external influences, for example, ultraviolet rays, trauma, friction, when they form in problem areas, for example, in the armpit, in the chest, etc.

Despite the fact that the procedure is safe, there are a number of contraindications.

You can not remove papillomas with a laser under the following conditions:

The laser should not be used for colds, herpetic eruptions in the area of papillomas, with diabetes mellitus and after recent exposure to ultraviolet rays (sunburn of the skin).

In any case, the doctor can make the final decision. You cannot carry out the procedure without first consulting a dermatologist, gynecologist and other specialties, depending on the type of papillomas.

Laser removal is the safest, least traumatic and painless technique for removing skin lesions. Its effectiveness is confirmed by the following facts:

This procedure has no age restrictions and provides a quick and comfortable recovery.

Among the disadvantages of the technique, the impossibility of studying the removed formation and the relatively high cost of manipulation are noted. Therefore, doctors recommend taking an analysis for tumor markers before laser removal of papillomas to make sure that the existing growth is benign.

The following doctor's recommendations must be strictly observed two weeks before the procedure:

Before the operation to remove papillomas with a laser, a number of medical examinations are also required:

If necessary, the doctor can refer you to an oncologist for a consultation and prescribe additional studies.

Laser removal surgery refers to minimally invasive surgery, therefore it is performed on an outpatient basis (in a polyclinic).

To carry out such manipulations, doctors use a carbon dioxide, holmium or infrared laser with a simple or pulsed (fractional) beam generation. To remove papillomas in closed areas of the body (in the groin, perineum, armpits, etc. ), simple radiation is used. On the face, neck, eyelids, arms, chest - fractional, not affecting the deep layers of the epidermis, due to which the maximum cosmetic effect is guaranteed (no scars).

The duration of the session is short and depends on the complexity, size of the neoplasms and the area of the affected area. It lasts from 10 to 40 minutes. Complex cases require repeated repetition of the procedure. In this case, at least two weeks should pass between manipulations.

One of the advantages of laser removal of papillomas is quick wound healing. The recovery period will not take more than a week. The main condition for early rehabilitation is the elimination of friction and irritation in the area where fractional carbon dioxide affected the skin. 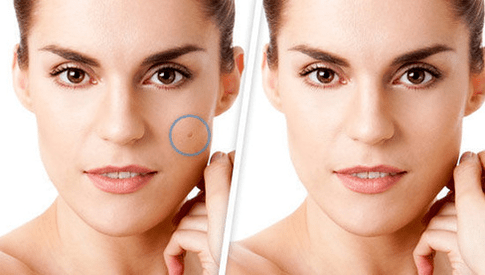 Expert advice will help to avoid complications and speed up the healing process:

Improper care or lack of it will lead to infection of the wound, as a result of which scars and scars may remain.

Laser removal of papillomas is a modern method of minimally invasive surgery, which in 98% of cases guarantees a good result and quick recovery. In order not to get into the 2% risk, you need to trust only qualified specialists who are licensed to carry out such procedures and positive customer reviews.

It should be understood that clinics that specialize in laser removal of benign skin lesions offer expensive services. After all, this manipulation is rather complicated. The price for it depends on the size, the number of papillomas, the HPV lesion area and increases when it comes to the advanced stage of the papillomavirus.

Timely appeal for medical help is a guarantor of good health, 100% getting rid of infection without serious consequences.